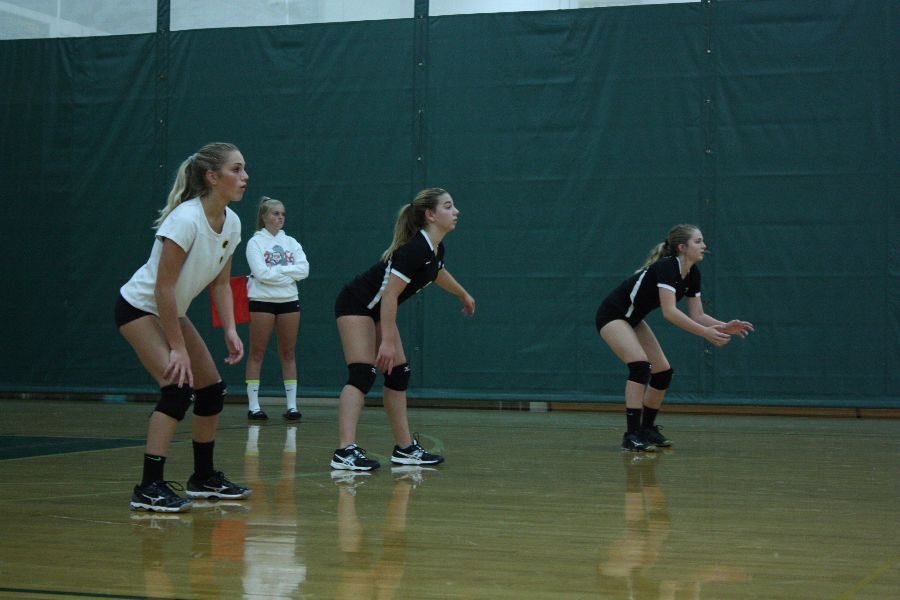 Last week concluded many fall sport seasons at North, freshman and JV volleyball being one of them.  Their final games were last Thursday, Oct. 26 against South.

Practice started in August for players on the freshman team after school, from 4-6 p.m. Ryan Eskuri, the coach of the freshman team, had his players doing drills focused around their hitting and practicing their serves throughout the season. Freshman Amanda Vogel said that the most important drill that their coach made them do often was 2v2. 2v2 is a drill where players work with a partner and play against an opposing team until someone wins, the winning team is  advances to the other side of the gym.

Although the freshman team lost all of their games, Vogel feels that they made great improvement throughout the season.

“We all improved as an overall team,” Vogel said.

With that being said, she still believes that they could have done better against South.

“I feel like we did good, better than the first time we faced south, but I still feel like we could have done better because we almost beat Eisenhower,” Vogel said. “But it was our last game and I feel that we did as good as the team we faced.”

One good thing that Vogel will take out of her experience on the team is the friendships she has made with her fellow teammates. Spending countless hours together can make you form a bond with someone.

“I think that my teammates and I  got a lot closer from this experience together.”

Vogel believes that her strongest friendships on the team take place on the court and will continue on to next season.

“Now that the season is over we will drift apart,” Vogel said. “But we will come back together once volleyball reboots next year.”