Woman’s world: how women are treated in a sports world full of men 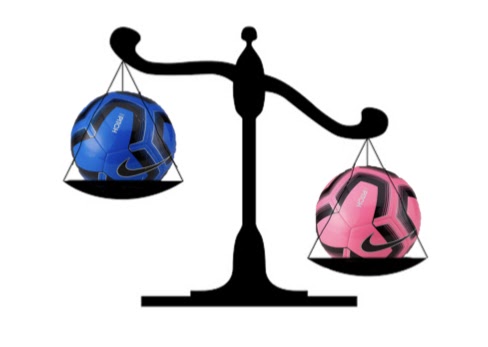 Recently, 2021’s March Madness basketball tournament sparked a lot of debate about the inequities between women and men in sports. During the tournament, many female players came forward on social media about what they were being given and comparing it to what the men’s teams were receiving.

The athletes showed differences in their food, workout areas and even the arena the tournament is hosted in. While these drastic differences were heavily talked about, with the National Collegiate Athletic Association receiving the brunt of the backlash, this is not the first time women’s and girl’s sports have been maltreated — although many women have learned to become accustomed to the inequalities and mistreatment by others in athletics. People are acting shocked over the offensive and inadequate treatment towards these women’s basketball teams when in reality, this mistreatment is the norm for female athletes.

Even at the collegiate level, women’s teams are disrespected and rarely mentioned in the media. It can be extremely disappointing to many athletes to have their accomplishments so rarely talked about and shared. Even from major sources like Sports Illustrated — which is a publication focused solely on sports — the majority of articles are focused around men and their accomplishments in the sports industry. Not only can it be frustrating to the women who work extremely hard and put forth equal effort, but this also causes people to forget about their programs because they’re seldom mentioned.

Not only are women rarely recognized, but a woman’s dreams of “going pro” and creating a job playing their sport isn’t generally possible. There are limited opportunities for women, especially when compared to the number of men’s opportunities, and it is extremely difficult to make a living from playing. Many men who play on professional teams are able to completely devote themselves to playing without any financial issues because of the large sum of money they are paid per year whereas for women, playing professionally isn’t a stable income to live off of. Many professional women athletes barely make enough to afford a decent house, while male pros are earning millions each year.

No matter what level women play, women often face a lot of disrespect from male athletes, and men in general. There are countless videos of women posting clips from a game or practice, weight lifting or just in a uniform, with men throwing out insults and backhanded compliments. TikToks of girls playing soccer have comments sections filled with boys claiming they could beat their whole team with just themself. A woman who plays basketball has Instagram comments flooded with boys claiming they could easily dunk on her. Vanderbilt University kicker Sarah Fuller is attacked whenever she is mentioned by boys who have never played football before, claiming she is bad and they could do better.

On top of the complete disrespect from others, young female athletes tend to get stereotyped because of the fact they play a sport. As a child, I would always be considered a tomboy simply because I was interested in sports and didn’t mind bugs or dirt. Because this title was so often given to me, I would always feel I had to live up to the expectations of the title, by pretending I hated dresses and makeup and faking loving snakes and cars. Along with this, because of the lack of female representation in the sports world, I always felt that in order to be considered a real athlete, I had to act more like a boy because the only athletes I ever saw were males. For longer than I would like to admit, I was under the impression that female athletes were unheard of.

Female athletes are, and always have been, greatly mistreated, facing inequality compared to their male counterparts teams. It’s time to make change happen, and improve the sporting world for not only the women who are in it now, but for the young girls who aspire to play.