Students, staff weigh the importance of standardized test scores amid pandemic and beyond 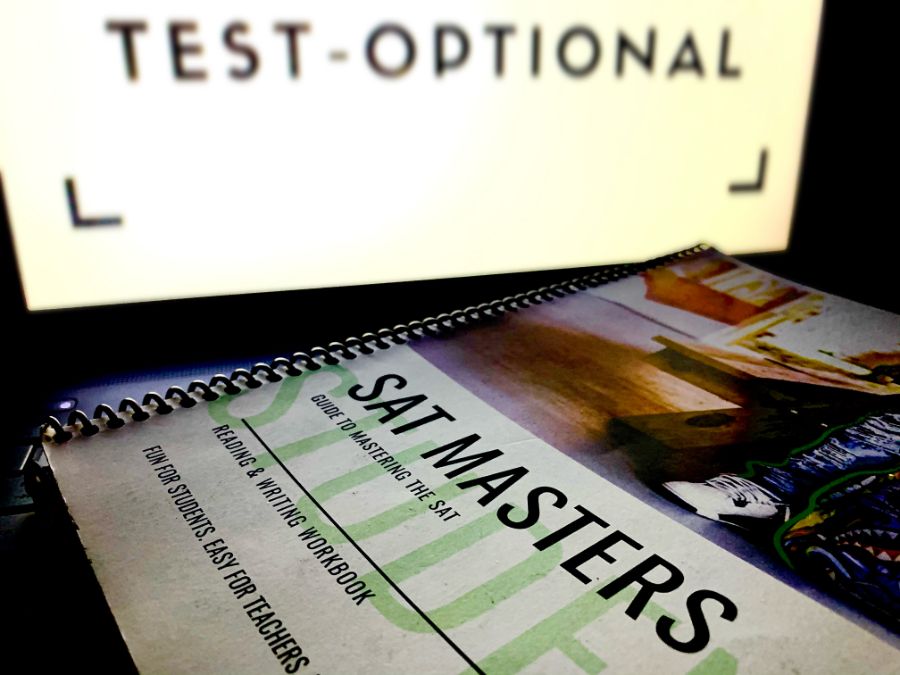 Many students, including senior Mia Cassar, believe that the impacts of Covid-19 on standardized testing and college admissions may not be confined to the 2020-2021 application year. “I think that (test-optional) might change the way that they look at college applications in regards to standardized tests in the future,” Cassar said.

By Amelia Nowicki, Editor in Chief

While spending her Saturday in a half-empty classroom, senior Mia Cassar sat at one of the few desks in the building, hunched over a thick packet. As a sophomore, Cassar began her journey of standardized testing by clocking into school on her off-days, bubbling in sheet after sheet for practice.

However, according to a study from the American Educational Research Association, high school GPAs have five times the predictive power of ACT scores regarding college success. Given the impacts of the pandemic on testing and admissions, Cassar believes that many higher-education schools emphasizing transcripts and GPAs is a glimpse into the future of college applications.

“I think for us seniors this year, (Covid-19) made it extremely difficult to get those tests in,” Cassar said. “I was fortunate that I started very early so I didn’t have to worry about that, but I think it’s good that colleges have test-optional for the people to just simply couldn’t get it done.”

According to the Washington Post, the average American student will take approximately 112 standardized tests by the time they graduate high school. Despite this, students are currently facing limited access to traditional evaluations. The prolonged closure of testing centers due to Covid-19 has put a hindrance on the availability of standard testing environments, further preventing students from accessing the tests they’re seeking.

Along with these cancellations, many students are concerned with tests due to their prominent role in the college application process. Following these concerns, many schools, including the likes of University of Michigan and Cornell University, waived testing for 2021 applicants. For counselor Kimberly Deptula, the lessened weight of standardized tests through this application season has both pros and cons.

Deptula believes, while many tests can be a consistent way to gauge success to a certain degree, students should be able to showcase their skills outside of testing in the same light as she believes they are just as relevant as a test score.

“There are some students whose test scores don’t reflect what we see in their GPA or in their rigor that’s on their transcript,” Deptula said. “There are students that we see the opposite… where their test scores really wind up showcasing skills that maybe their coursework didn’t show, or their GPA may not show.”

Like Deptula, English teacher Kristen Alles believes that there are certain skills that, although not always prevalent in standardized exams, should be held of equal importance to test scores due to their role in the application of students’ education and growth in college and beyond.

Among others, these skills are believed by Alles to be beneficial to students in regards to critical thinking and comprehension. With practice, she believes students will be more apt to have a full understanding of the world around them.

“I mean, critical thinking is fantastic, and writing in diverse ways and reading diverse text,” Alles said. “But really, just sort of speaking up and taking an active role in your education is going to be a strong indicator of success.”

Along with major changes to the testing environment, shifts in the college application process for 2020-2021 applicants have left a gray area for many students. Notably, on Jan. 19, the College Board announced that they will be discontinuing SAT subject tests and the optional essay portion of the standard SAT exam, effective immediately in the United States and effective internationally following the June 2021 administration.

Despite these gaps, many believe that this is an opportune time for more inclusive change in accessing higher education. In regards to this, Deptula believes this new, “holistic” approach to entry is likely to become a new norm, however it will take time.

“I don’t think we’re going to see a standard movement of all colleges no longer requiring standardized tests, I do think we will see a lot of colleges go back to requiring them,” Deptula said. “I think what will happen is that colleges are going to look at their students that were admitted this year, and really use them as a data pool to see if these students are equally as successful at universities, despite their lack of standardized test scores being a part of the application process. So I don’t know that (we) will necessarily see the changes in the outcomes of this year immediately, but I think three, four years down the line when we have data on how this group of students does, we may see some more changes from the colleges.”

Through the pandemic, new research and a long-term shift in public opinion, many believe that these changes are for the better. Ultimately, Cassar, Deptula and Alles believe that successes in higher education and beyond are not solely based on test scores. Collectively, they feel that time management, self-sustenance and critical thinking skills are three important traits to develop in order to remain successful in future endeavors.

Additionally, Alles believes that above all else, the amount of work students and educators have put forth in spite of hardship has allowed them to put themselves on the right track.