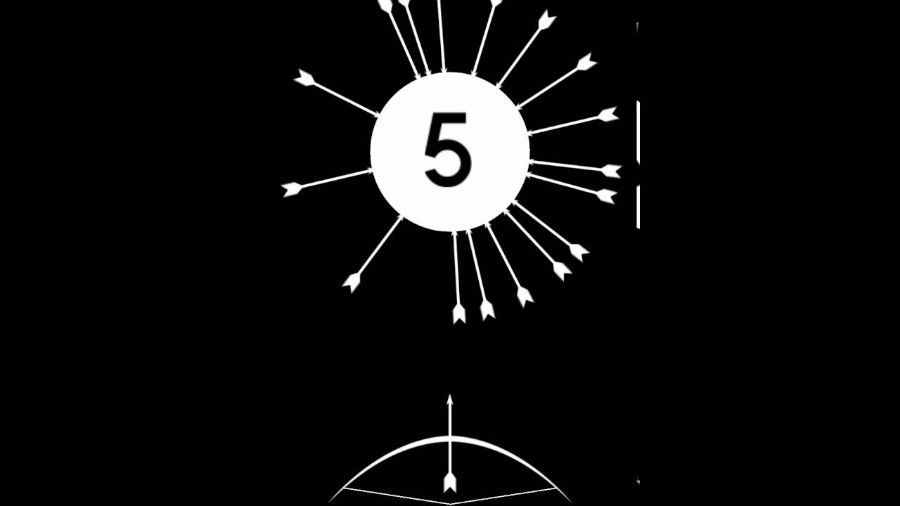 The app “Twisty Arrow” tests both accuracy and patience. This game requires users to shoot a given amount of arrows onto a circle that continuously spins at different speeds as one progresses through the game.

As the player advances through the levels, the difficulty changes. At the start of each level, there are less arrows to shoot, which means the user has more space to shoot and is not limited to a small space with minimal errors. However, once someone progress higher, the target starts to move faster and more arrows impede the amount of space you have in the game, which makes it more difficult to complete the level. However, at some points it moves too quickly. Gamers should have a slower pace in this game in order to pick up the reaction time and fully understand the timing.

Gamers must also pick up the spin patterns of the moving object. As players proceed, the object will occasionally move slower, allowing users to shoot rapidly and get rid of many arrows. Although, at some points the target moves rapidly and the speed will change. It’s intended to mess with one’s concentration and make it more difficult to advance later on in the game.

While reaction is key, impatience can come easily from playing this game. For instance, a gamer may think they have more time than they actually do to get all of their arrows on the moving target. However, that is not the case, as one glance away from the screen can ruin all the hard work that was put into accomplishing the level.

In addition to this mode,  the game could also offer other styles of playing. For example, if there was a practice mode that allowed the user to test the obstacles that approached them, then they would be better prepared for the game itself. The gamers would be playing the levels shuffled, but at least they would have been able to gain vital experience as a whole while playing.

Twisty Arrow offers the test of accuracy and quick reaction, although having other alternative practice options would be beneficial to the user in order to be prepared for what lies ahead. The impatience that can naturally come to the user from moving and playing too fast could be eliminated by practice options instead of making the user constantly repeat the same level, only to become more frustrated.