Making up my make-up 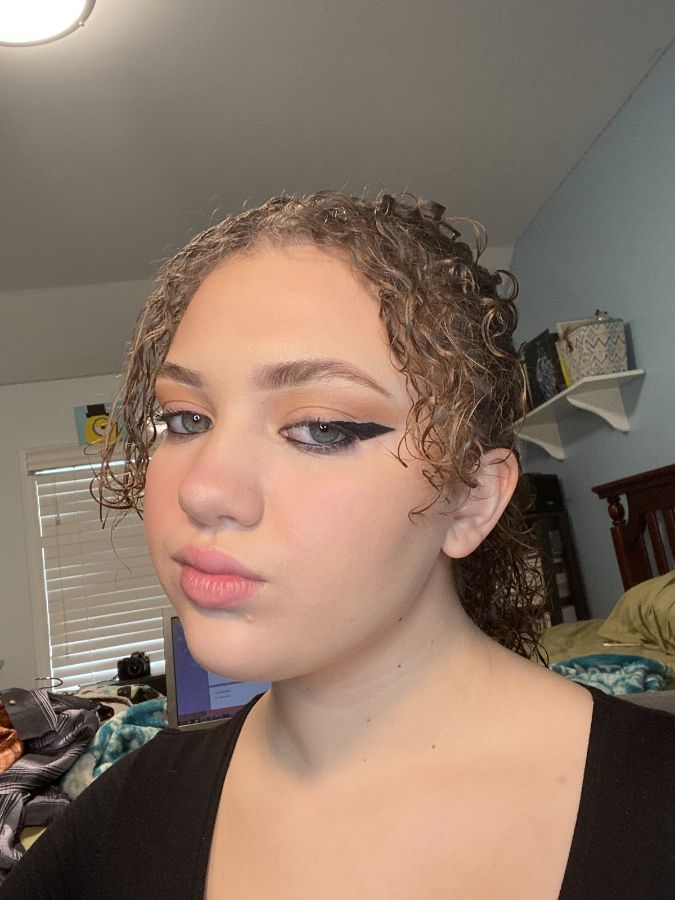 My first makeup look of the challenge, I did the most voted-for look.

I hated the idea of makeup my whole childhood, all I wanted to do was play in the dirt and hang out with my friends, until the seventh grade when I stole my mom’s mascara and my mother told me I was not allowed to wear makeup at all. That’s when I made it my goal to learn to do everything in spite of what my mom told me I could do. Once I entered eighth grade I considered myself a makeup guru, and let’s just say I’ve gotten a lot better than Sharpie eyebrows and eyelashes that look like spiders. After trial and error I finally got the hang of it, but now, my face in the hands of my friends.

For the past three weeks, I have sent out Google Forms with a list of makeup steps that I would normally do and letting them decide the color, style and choice over each step in my routine, leaving me only with creativity of their decisions. Every Sunday, I send out a new form with the same questions and give them two days to fill it out. Then on Tuesday, I bring the most popular choice to life. On Thursday, I create the least popular one.

This experiment has left me with the realization that my friends have a lot of faith in my abilities. They have voted for everything from rainbow to black to a combination of the two. Not only would I do the makeup of their choice but I would also wear it to school, which has been an eye-opening experience. Obviously, wearing a full face of purple glam makeup is gonna get me some weird looks and not-so nice comments, but the overwhelming support from friends and peers was surprising.

As this experiment proceeded, I’ve definitely had favorites and least-favorites, starting with the blue look I wore on a Thursday. This was my favorite look despite it getting the least amount of votes, it was fun, simple and still impressive. My least favorite look was my very first look, a nude tone eyeshadow with almost no other makeup. A surprising look that I absolutely loved was my red eyeshadow look. In general I hate red or pink tones because it stains my face and is hard to blend, but the red eyeshadow look ended up being an iconic bold look that me and many of my friends really liked.

After doing six looks completely dependent on my friends’ choices, I definitely think I’m going to continue it. Makeup is a really fun way I like to express myself and bringing my friends and classmates into it just makes it more fun, although I think they have a little more fun than me with some of the options they choose.