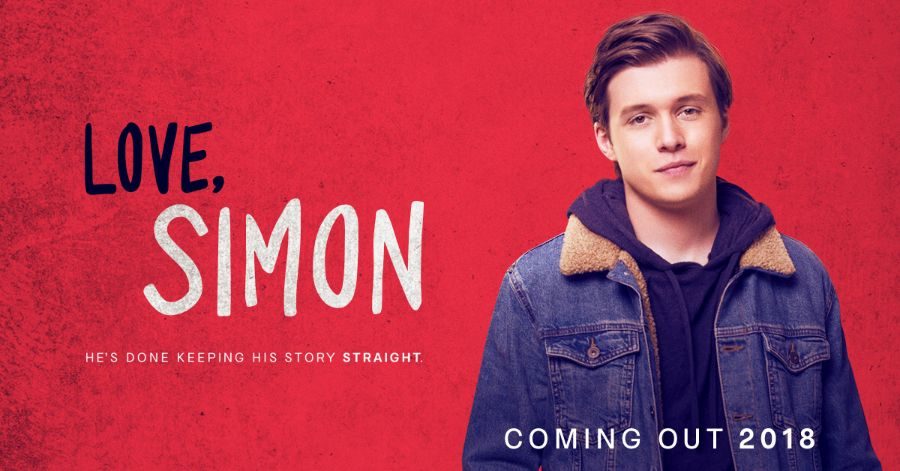 A major theme this year at the Oscars was representation in media, and the role of seeing people like yourself in film. “Love, Simon,” based on “Simon vs. The Homosapien Agenda” by Becky Albertalli is the narrative winning hearts with every screening.

This movie is the classic teen romance fairytale, and we have seen these movies before. A high school girl and boy fall in love and overcome everything together. However, what we haven’t seen before is two high school boys doing the same.

The story follows the life of closeted Simon Spiers (Nick Robinson), who stumbles upon someone just like him – an anonymous, closeted, gay kid at his high school. The thing that makes the movie so lovable, however, is the message it gives: being gay is not just okay. It is amazing.

This movie breaks so many stereotypes — not only does it have a gay teenager as the main lead, but the love interest is black and gay. There are two other black leads and an openly gay black kid. Greg Berlanti, who directs the movie, is also gay. This movie raises standards for diversity in media by miles.

Spiers’ parents, Jack Spiers (Josh Duhamel) and Emily Spiers (Jennifer Garner) have the perfect high school sweetheart story. The quarterback marries the valedictorian. Simon realizes that his sexuality doesn’t mean he doesn’t deserve his high school love story.  His coming out is so real — it is messy, there are tears, there is awkwardness.

The soundtrack to this film is bursting with diversity, too. It features Troye Sivan, a gay artist, on his song “Strawberries and Cigarettes.” Khalid and Normani sing “Love Lies.” Alessia Cara makes an appearance, too, with “Seventeen.”

“Love, Simon” is a movie that will make you laugh and cry and feel angry and sad. It is a movie that gives courage to those who are going through the same, and gives those who are not the perspective they sometimes require to truly understand. It has paved its way in the industry, and movies just like it are sure to follow through.