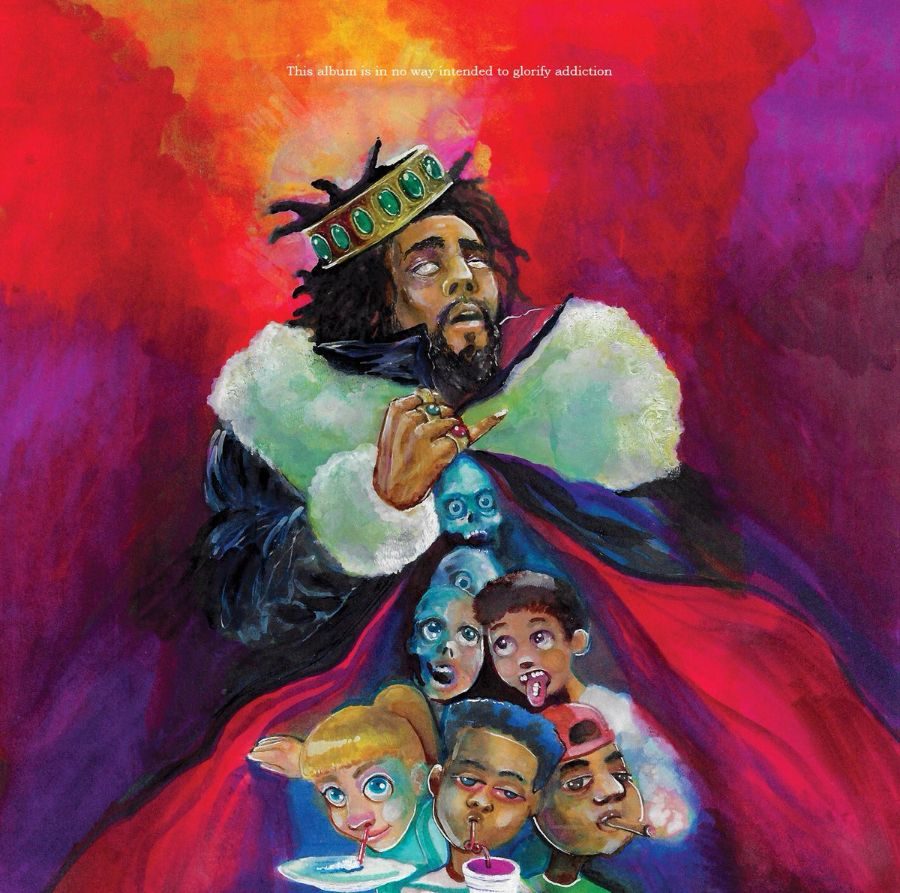 Jay Z’s protege turned legend has recently dropped his 5th studio album. J. cole, known for his imagery words and storytelling songs came out with “K.O.D” late Thursday night. The album goes through the emotions of romance in the age of social media, while addressing the state of hip hop and past traumas. This is Cole’s fifth consecutive album and first album in the last 5 years with a feature. Rapper “kill edward” is the only featured artist in the album. This has sparked a Twitter frenzy from his unanymous identity, but rumors say that the unknown rapper is J. Cole’s alter-ego.

J. cole is a known activist and protester against racism and government institutions that contribute to the social, political, and financial downfall of minorities. He speaks openly about his dislike of Donald Trump and police violence. He is also known for his swift rhymes and skillful play on words and puns. Throughout his discography of music, his recurring topics are his childhood, his issues with discrimination in the United Stated and the encounters he had in his home state of North Carolina, that impacted who he is today.

Cole tweeted how his “K.O.D” album had three meaning; Kids on Drugs, King Overdosed, and Kill our demons. Saying “The rest of the album I leave to your interpretation”.The album was released on the infamous “4/20” holiday celebrating the use of Marijuana that has regretfully become a huge trend for students. He speaks of the addictions that plague our young, from drugs to social media.  A total of twelve songs are in the album, with singles “ATM” and “Photograph”. His album drifts away from his usual calm vibe beats and takes on a more dance, party hits like “KOD” . With the hype songs, there still remains some ballads in tracks like “Kevin’s Heart”. While the beats are different, his skillful raps and rhymes remain the same. The haunting voice of a woman narrates between each song, sticking to the theme of addiction.

Cole gave 2018 an album to vibe to all summer long, with a hopeful upcoming tour in the works as well.