I must not be a hipster after all 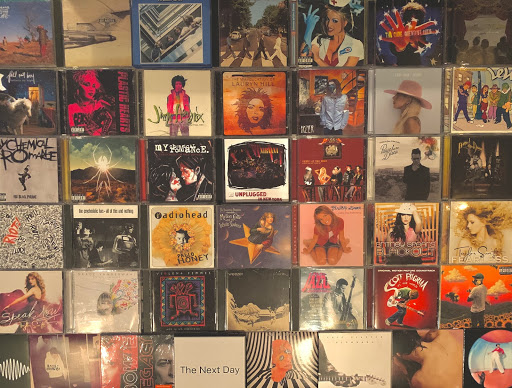 By Amelia Nowicki, Editor in Chief

So, I was wrong. I was so, so wrong. Just under two years ago, I published a column titled “Not to be a hipster, but modern music sucks,” and I hope you see as much of an issue with the headline alone as I do.

At the time, I firmly believed that I was making a profound statement by denouncing the Hot 100 and Ariana Grande. Well, guess what? I’ve undergone some major character development and I can confidently say that both of the aforementioned are great, or at the very least, not that bad.

In the column that I’m choosing to leave in 2019, I described the feelings of nostalgia that I associate with much older music, and in that regard I still feel the same, but in reality the whole thing was written out of spite for those trashing that era. Admittedly, I wrote with a deliberate blind eye to the plethora of absolute bangers that I listen to pretty much on the daily, and chose to ignore the cringe-worthy guilty pleasures hidden in the depths of my Spotify playlists — no, I will not provide an example.

I also wrote this hypocritical narrative a few months before Harry Styles released his sophomore solo album “Fine Line” in December of that year, which has since bled into every aspect of my personality (and if you don’t believe me, just check my Twitter). However, the moment that I stopped pretending to be a music snob was the moment that I heard Styles’ single “Lights Up” for the first time, and from that point on I rediscovered the very music that I abandoned for the sake of being quirky.

The desperate desire to be different that was evident in every word of that column was embarrassing for me. It still amazes me that I was able to feel so strongly about a topic when I was nothing short of naive. The piece that I wrote before defending old music as if I was the only person alive who appreciates it falls perfectly in stride with the phenomenon in which those who know nothing speak the loudest, and I’m proud of the fact that I don’t feel so trapped in a corner that doesn’t exist.

To reiterate, there are a few things that I still agree with, such as the fact that a good chunk of the charts are substanceless money-grabs. You remember when Justin Bieber released “Yummy,” right? That was a prime example of what not to do when you’re a musician, but at the same time, it’s their job. Additionally, not every single person seeks songs that speak to every crevice of their souls, meaning that there’s a time and a place for mindless music. What I failed to notice last time was that this type of thing exists in older music as well, and even still, background noise is okay. To an extent.

Unless you count the ghosts of the 27s Club,* my biggest issue was that I was trying so hard to impress… no one. In retrospect, there’s no way that what I had said before didn’t make everyone who read it roll their eyes or cringe. If you agreed with every single point I had made at the time, I want you to go outside and touch some grass. Seriously, please go outside or listen to Avril Lavigne tear apart the patriarchy, you need it more than you know.

Thankfully, over time I think that I was able to step outside of my own mind and see the absurdity of my previous beliefs. While I still agree that a lot of older music is the foundation for what we have today, I now firmly believe in the timeline of music history. Without a vast majority of new music, this timeline wouldn’t be complete. In order to have a cohesive collection of diverse songs and artists, it’s imperative that we include old music, new music, chart-toppers, missed hits and every genre under the sun — even techno. Shudder.

Now that I’m free of my own musical persecution, I can freely relive my Taylor Swift phase in peace and jam out to Lady Gaga at work. In the end, taste and popularity in the music industry is subjective and money-fueled, so roll down your windows and sing your hearts out to One Direction, if that’s what makes you happy (because same).

*The 27s Club is a group of famous figures, most notably musicians, who died at the untimely age of 27. Some “members” include Jimi Hendrix, Jim Morrison, Janis Joplin, Kurt Cobain, Amy Winehouse and many more. (Rolling Stone)

Click HERE for episode 2 of our podcast, “The Twitter Drafts,” where we rank modern and old music.