“Hold on, you’ve been scrolling for way too long” 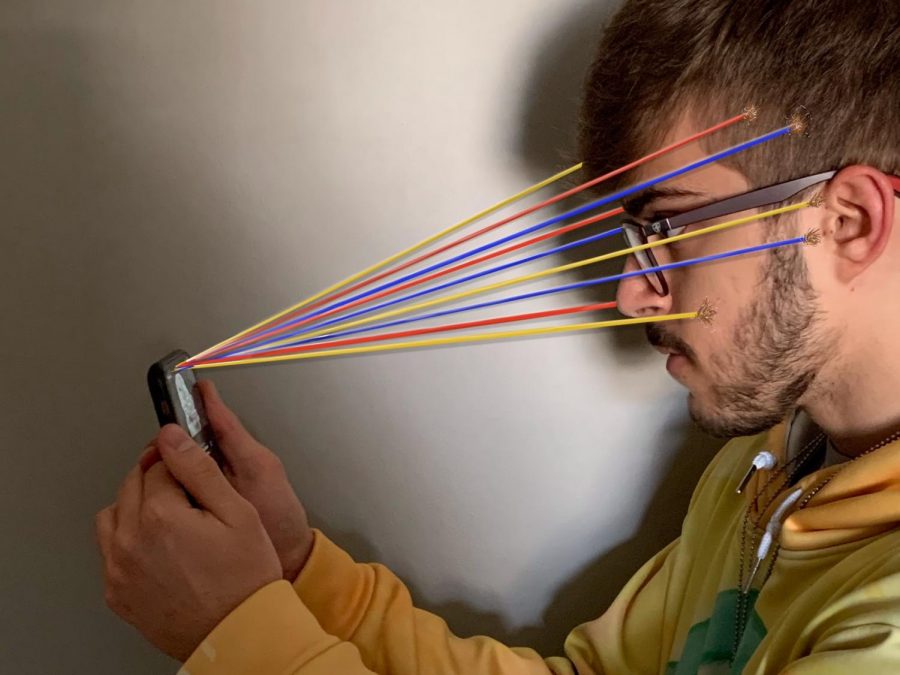 By Amelia Nowicki and Brandon Miller

Initially launched in 2016, TikTok continues to be among the fastest-growing social media applications available to teens, many of whom have gained popularity on its platform. With over 15,000 followers on the app, senior Tressa Mazzola is well-accustomed to TikTok, as well as various social media platforms.

A frequent social media user herself, Mazzola has become used to both the positive and negative aspects of this spectrum of online communications. While she enjoys her ability to connect with others and express herself virtually, she is also aware of the detrimental effects of social media.

According to research from the University of Arkansas, increased social media use is strongly correlated with developing depression. More specifically, those who use social media for more than 300 minutes every day are 2.8 percent more likely to develop depression in the following six months.

As someone heavily involved in social media, Mazzola sees how it can negatively affect mental health.

“What I don’t like about social media is that there is a certain type of way you should look and there is a lot of comparing yourself to other people as well as (toxicity),” Mazzola said.

Specializing in the treatment of depression and anxiety disorders, therapist Lesley Straith agrees with Mazzola that the link between depression and social media use may have something to do with comparing oneself to others.

“All they see is all of this really great stuff that everyone else is doing and (someone’s) accomplishments and you only put pictures where you’ve been filtered, and you look fantastic,” Straith said. “And everyone looks at that like oh my gosh, my life can’t possibly measure up to that.”

According to the previous study, spending less time on social media each day puts someone at lesser risk for developing depression. For psychology teacher Jennifer Weisbrodt, being able to put aside time with and without devices on hand is a way for people to live in the moment and diminish stresses caused by social media.

“Have times when you actually ‘check-in your phone and don’t use it,’” Weisbrodt said. “Maybe you can’t convince someone to not document, post, snap their entire vacation but maybe start with just enjoying one day without the running commentary.”

Although many agree that the pressures caused by social media are very real, many are also unwilling to let go of their devices. Based on survey results from TIME, 84 percent of people don’t believe they could go a day without their cell phones, meaning that a majority of users are at-risk of developing a reliance on them, as well as online activity in general.

Mazzola admits that she finds herself spending more time than she realizes on social media, but her presence online is not shrouded in a negative stigma. In all, although she feels that teens like herself are on social media more and more often, she’s confident that its negative effects can be alleviated through a shift in the mindset of users.

“I think teens can improve their relationship with social media by spreading positivity and letting yourself know what you see isn’t always real,” Mazzola said.