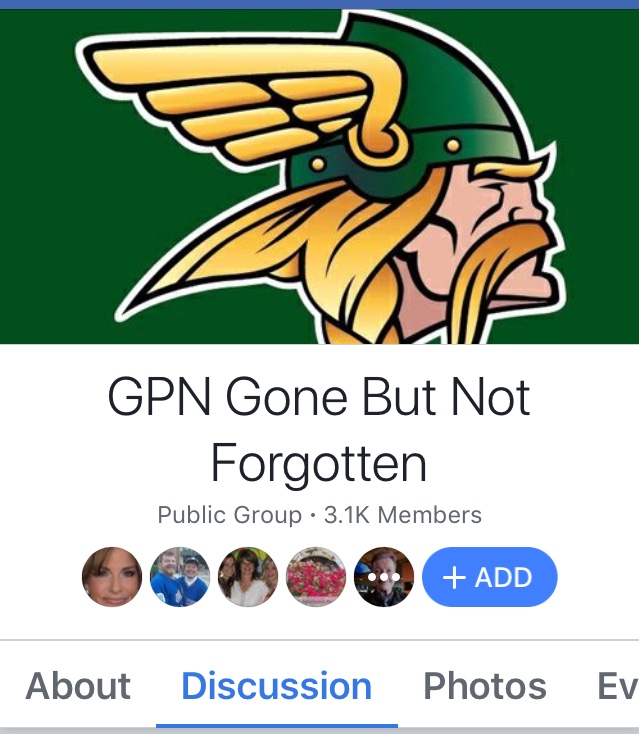 By Amelia Nowicki and Sarah Shanley

For the past two years, class of 1978 alumnus Mike Nowak has run the GPN Gone But not Forgotten FaceBook Group. This page began on December 31 2016, in order to honor Nowak’s high school friends who have died. Recently, it has been revamped by Jeff Rinke, another member of the graduating class of 1978, who took over as one of the page administrators in 2017.

Nowak ran the page for about a year before offering Rinke the opportunity to assist the page with him. Since then, many alumni from North have poured in names of their classmates who died, along with memories they shared in high school. Mary Morris, class of 1978, makes frequent contributions to the page, and saw the opportunity for it to gain popularity when the page was first started.

“It drew interest, and people were obviously sad to hear that they lost a lot of their classmates,” Morris said. “It just turned into a page that almost everybody is interested in.”

The page now has over three thousand Rinke makes sure the account is organized with a spreadsheet of names sorted by graduating year in alphabetical order. He posts these lists to the account, and people can comment corrections for him. He also creates videos with the senior photos of those who died, and manages to get one class done every two weeks. Nowak approves all posts before they go online.

“I think they’ve done a great job,” Morris said. “people are very grateful for it.” The page administrators plan to honor every year since the first graduating class in 1970.

Although the account has no formal affiliations with the school, it focuses on honoring those of the North community that we’ve lost.

Rinke said that he sometimes finds it difficult and emotionally draining to make the lists and videos for the page due to his friendships with people from many graduating classes.

“Two of my cousins are on the list, my cousin Mike who graduated on 1971, and my cousin Art who graduated in 1978.” Rinke said. “Those were the two hardests years for me, but I know people from every class, and it’s always difficult.”

Nowak agrees, saying that it’s always really hard for him to see the lists and names.

“Gone, but not forgotten. Everyone can feel that. When you start seeing your friends names on there, it becomes personal,” Nowicki said. “There were a few nights where I just sat and cried. When you see those names being added to the list, 10 a day, 15 a day. It just got really emotional.”

Rinke and Nowak both said that although it’s upsetting to run the account at times, but they like to look at it as keeping the memories of the deceased alumni alive, saying that seeing stories and memories in the news feed is a happy thing. Morris also added that it can be hard to scroll through the page because sometimes she sees the names of people she hasn’t kept in touch with.

“It can be hard when you see that people that you didn’t know had passed away,” Morris said, “You see a friend who you thought was doing well has passed away.”

With the emotions that the account stirs,  it can become hectic for the administrators. The group went from around 600 followers to almost 3,000 in six weeks. Almost all of the members in the group are North Alumni, or have lived in Grosse Pointe or Harper Woods. It can be difficult for the page administrators to keep track of the constant flow of comments.

Occasionally Rinke and Nowak make corrections to things posted on the page, including graduation years, videos and spreads. Rinke believes that the constant flow of comments from users help to avoid those mistakes.

“I think a lot of people think we know more than we actually do, it’s user-generated.” Rinke said. “I’m working off of people who tell me someone who passed from their year, and I’m just adding to a list.”

Over the past year, Nowak said he believes that the account has brought the North Alumni community closer together, and it’s kept him in touch with them since he moved away from Grosse Pointe.

“(The page) has spiraled into a community of GPN people coming together, and there are so many people and friends that I know, its really changed, in my mind, to a place where the GPN community,” Nowak said.

Because of the page’s local impact, Nowak said that he and all of those involved with the page are eternally grateful for the the help that they have received, as well as the love and support the account has received. According to Morris, the page is loved by the people who are active on the account, and its impact is widely recognized by most followers.

“(The page is) awesome,” Morris said. “It’s brought a lot of us closer together because we’ve realized how lucky we are that we are still here. I think it’s created unity for a lot of us.”