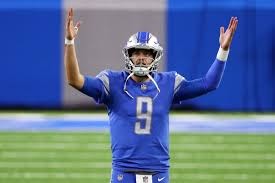 Detroit is home to numerous great sports franchises: the Tigers with their four World Series rings, the Red Wings with their fabled 25-year playoff streak and the Pistons with their “bad boy” reputation, but one franchise cannot create a recipe for success.

The Lions’ golden boy, Matthew Stafford, was drafted by the organization first overall in the 2009 NFL draft. Since then, Stafford has led the Lions to only three playoff appearances with no division titles. Of the three playoff berths, the Lions won zero. In fact, the only game decided by less than two touchdowns was a loss to the Cowboys 24-20 in 2013. On top of this, Stafford’s regular season record is a disappointing 68-78-1. The losses and early playoff exits clearly present an inability to win games.

Yes, I know all the blame cannot be placed upon the quarterback, so what about the defense?

Since 2010, the Lions have invested seven first-round draft selections in offensive personnel (two tight ends, four offensive lineman and one running back). Along with this, the Lions used five of their second-round picks on offensive players alone, including three running backs.

Clearly, the Lions have bought into the idea that to develop a winning quarterback in the NFL, you must equip him with weapons, which is exactly what they did rather than address the defense on the other side of the ball.

Needless to say, Matthew Stafford is a valuable asset for the Detroit Lions. Stafford leads our franchise in the passing category and is worth at least a first-round pick.

Taking a look at the career statistics of Matthew Stafford, he has proven worthy of a resale value for a first-round pick. He has accumulated four seasons throwing over 29 touchdown passes, and was on track for 38 in 2019, however his season was cut in half due to injury. Stafford also managed seven seasons with greater than a 63 percent completion percentage.

Teams like Dallas, New Orleans and Los Angeles, who have diminishing quarterback situations and are in a “win now” state of their franchise, would welcome Stafford with open arms to make a run at the Super Bowl.

The main reason that organizations would be hesitant to give up more than a first-round pick for the veteran QB alludes to his history of enduring injury.

From entering the league in 2009, Stafford has suffered numerous injuries— from a shoulder acromioclavicular joint separation at the beginning of his career to missing half of last season due to lower back fractures. Most recently, Stafford was taken to the locker room against Green Bay, fearful of rib fractures following an awkward tackle from a Packers defensive lineman.

As a Detroiter, I feel for Stafford. We, as a franchise, have put him in the ringer time and time again, only for him to get chewed up and spit out. For Stafford’s sake and our organization’s sake, it is time to move on. Let Stafford be a winner for another franchise, he deserves it.