Eminem out for revenge with new album 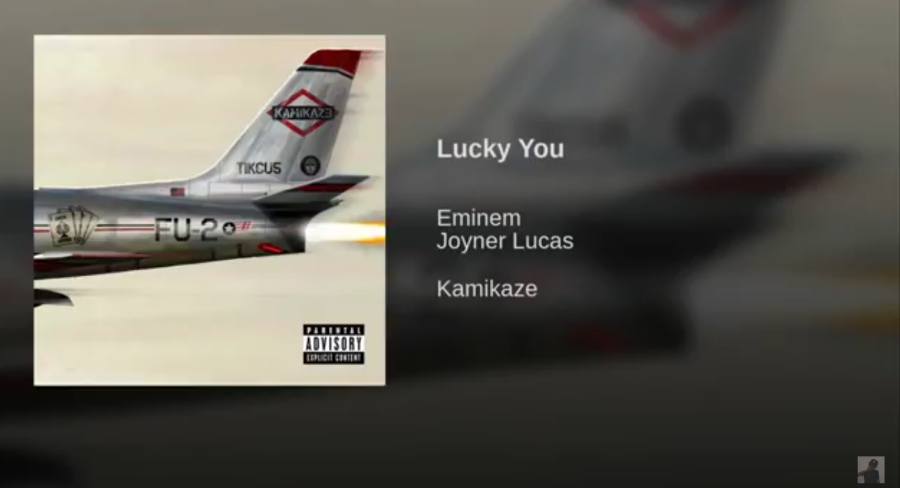 In an attempt to defend his name, Eminem released his 11th studio album, ‘Kamikaze’ on August 31. The album is composed of eleven full length songs and two skits.

Following his previous album ‘Revival’, Eminem uses this album as a platform to call out any celebrity who had anything bad to say about his previous release, as well as the new rap age and the artists that compose it. Essentially, it is one huge diss track.

The album begins with ‘The Ringer’. Here, Eminem articulates his opinion on the simplicity of autotune rap of the current era, describing his hatred for the ‘choppy flow’ or mumble rap that is the staple for fad rappers. Eminem also makes ironic references to Lil Pump’s ‘Gucci Gang’. Of which in practice are seen as rather amusing to listeners.

He continues this in ‘Greatest’ and ‘Lucky You’ by mockingly alluding to Kendrick Lamar’s ‘humble’. Here, Eminem’s validates his journey through rap over others. Making the claim that he is the greatest, because he puts in the work, whereas others would just use ghost writers.

Moreover, he acknowledges the ‘L’ he took with the last album.  As if he’s saying ‘it happens to all of us, but it’s only been 8 months and I’m back here releasing more music.’ This is really respectable for a rapper of his caliber to do.

In the 8th track on the album, ‘Not Alike’ Eminem mocks, Migos’s ‘Bad and Boujee’ and makes references to Fetty Wap. He details the little he has in common with them and other popular rappers of this day and age.  Beyond the shade that is thrown, the actual song has real substance. With such complex lyric structure, the song is constantly engaging the listeners.

More than just that, it feels like Eminem made a point on the album that he recognizes how the rap game is changing, and he doesn’t like it. He feels that he is one of the only skilled rappers left, and that instead of changing with the game, he wants the game to change back to what it was for him. As a listener, this allows them to sympathize with the anger Eminem feels and really understand where he is coming from.

Hitting the number one spot on the billboard charts, the surprise album has been well received by the public. It is yet to be seen whether that will be long lasting, as many current listeners may only be listening due to public discussion and hype.

With obviously aggressive overlaying themes, there is no doubt this album was written with revenge in mind. That being said, it seems his desire to explain how he was better than mumble-rappers, was just as much for him as it was for any of his listeners. He needed to prove to himself that he was still capable. While this does humanize Eminem, his way of doing so was rude and doesn’t paint him in the best light.

It’s apparent to those listening that while we don’t have much of a say, if he has anything to do with, it Eminem is not going anywhere.