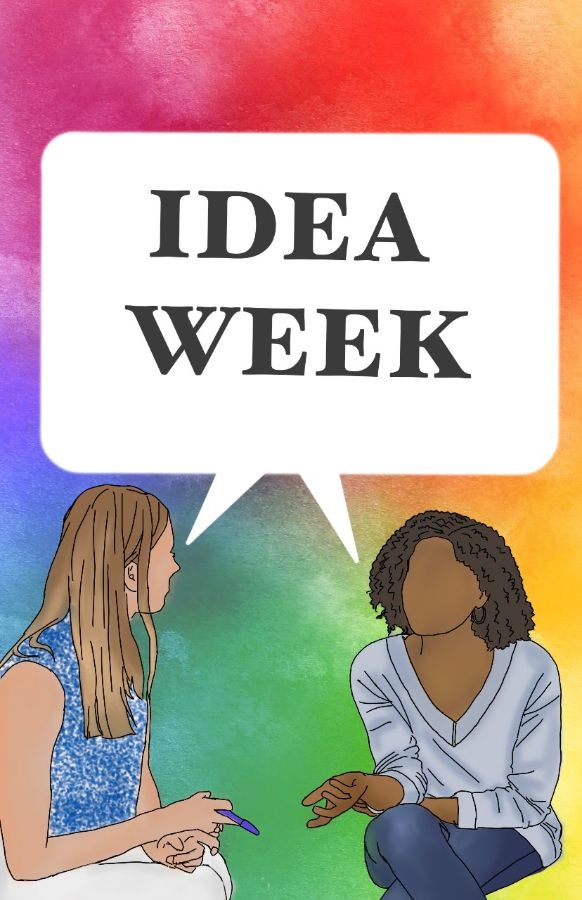 North’s first IDEA Week was a hit, but this is just the beginning, according to teacher and social justice league advisor, Nicole Sturgeon. “I think that a lot of people think that when you do an event like this, it's a one and done kind of a piece,” Sturgeon said. “We were intentional about the fact that this was a start, that there were no conversations that were going to be closed.”

By Bella Yoakam and Annabelle Julien

Taking place Nov. 30, Dec. 1 and Dec. 3, North kicked off a new tradition with their first-ever Inclusion, Diversity, Equity and Allyship Week. Diversity club representatives and social justice league leaders, with the help of staff advisors, have been working together since last winter to make IDEA Week possible. Although IDEA Week celebrated diversity, participants still had one thing in common: they believed the discussions were a step in the right direction.

Freshman Duke Alexander was an attendee at all of the meetings, as well as an active voice in the conversation.

“IDEA week was a symposium of educators and specialists who spoke about minority and mental health issues,” Alexander said.

IDEA Week was an event dedicated to educating and allowing a space for students to express their opinions and stories while learning about three distinct topics: ethnic diversity, LGBTQIA+ and mental health across cultures. According to behavior interventionist and diversity club advisor Lauren Klein, this week was set up for the students by the students.

“We have an increasingly diverse student body at North and in Grosse Pointe and I think that our students are feeling those growing pains,” Klein said. “We want to have an inclusive and equitable school and community.”

Inspired by South’s culture week from the 2019-2020 school year, the diversity club believed that they should also be hosting a similar celebration in order to reflect the diversity at North.

The first day of IDEA Week tackled the importance of ethnic diversity which, according to assistant curator for the Detroit Historical Society William Wall-Winkel, is not covered well enough in schools today.

Following the presentation, a student debriefing was led by diversity club secretary and senior Brittni Braswell.

“We’re trying to create more spaces for students to learn and share their experiences without judgement,” Braswell said.

Day two was LGBTQA+ day where South graduate Harry Susalla dove into the history of the transgender community and explored ways to best be an ally.

Along with the presentation, the student debriefing was led by sophomore Gaelle Dalmacy, who was excited to talk about these important topics.

“Kids never got the opportunity to go to these types of events and have these conversations where they were able to talk about their struggles in the past,” Dalmacy said.

On Thursday, Dec. 3, IDEA Week concluded with the topic of mental health across cultures. According to Alexander, students are put in new environments and states of mental health during online school, and the impacts of students and their peers are crucial.

“Mental health is of paramount importance,” Alexander said. “Especially within communities of color as historically, we have faced the most hardship. I enjoyed the section and hope to hear more seminars and symposiums on psychological health and well-being.”

To staff advisors Klein, Bradley Smith and Nicole Sturgeon, IDEA Week took an extensive amount of time and effort for all parties involved, but the end result was worth it, as they believe students now have a new type of learning opportunity.

According to Braswell, the whole purpose of IDEA week was to connect and communicate with others and find the best way to allow everyone to become comfortable with themselves.

“Students who attended definitely felt they learned from our presentation,” Braswell said. “We had a lot of really incredible conversations and I think they made everyone more aware of the different experiences and identities that exist in our community.”