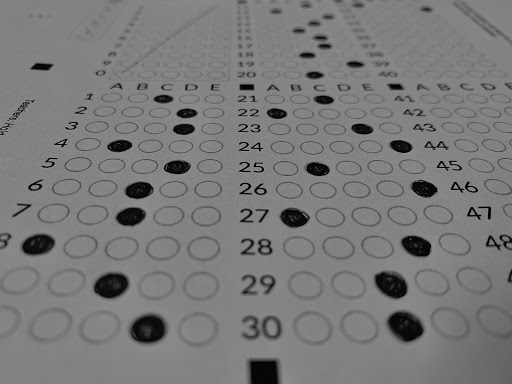 Following the cancellation of final exams to close the 2020-2021 school year, many are concerned as to whether or not testing will make a return in the future. "I think... they’ll try and bring (finals) back, but maybe slowly," senior Matt Magill said.

On March 23, district administration announced the cancellation of second semester exams for both virtual and in-person high school students. According to an email sent to families within the district, the decision was made in an attempt to lessen the anticipated workload towards the end of the academic school year.

While many students are relieved that the final exams which previously accounted for 20 percent of second semester grades have been cut, others remain worried about the trajectory of the school year. Senior Matt Magill believes that the decision will affect all students differently.

“I’m kind of happy about it, but I… have a few friends that haven’t been able to really do (school) work this year, just with all of the crazy schedule changes, and I think the grade would help them,” Magill said.

Given the changes to testing environments as a whole due to complications with the COVID-19 pandemic, many are also beginning to question how these cancellations will affect future decisions regarding these exams. According to Magill, certain changes that have arisen from the pandemic, such as open note exams, would be beneficial to students if they were to remain in the future.

“I definitely think open-note is going to be here to stay,” Magill said. “Everyone has the information all the time on their phone, so it’s more like real-life.”