Counseling staff to assist students with mental health amid tragedy 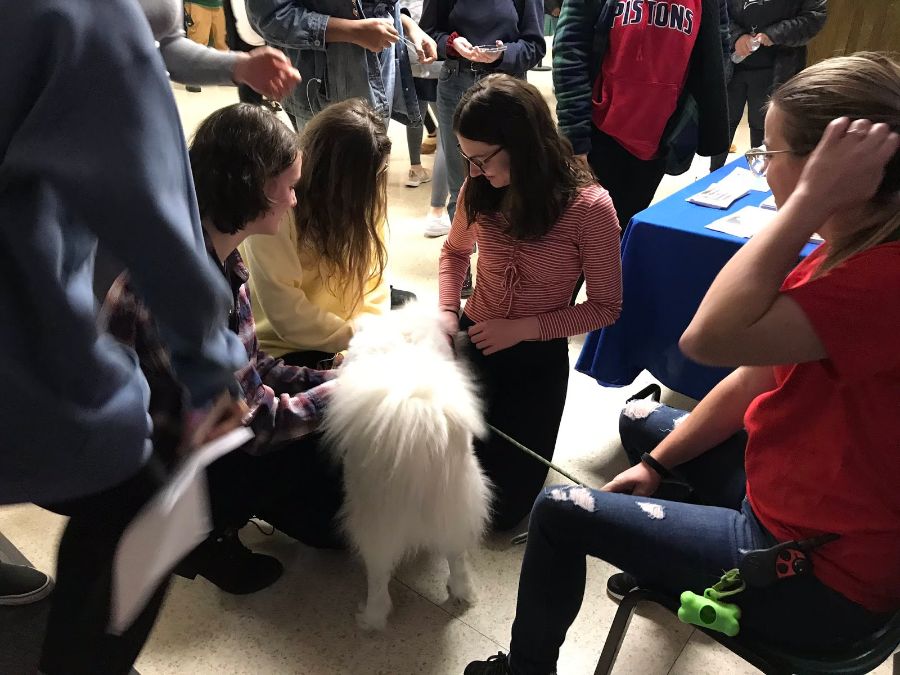 Senior Emily Widgren thought the intent of the wellness week was good, but believed some of the activities didn’t fit the circumstances. She said the wellness week was too far after the incident to have been helpful for students’ initial grief. “Everything was more for stress relief,” Widgren said. “But, I think the situation was so much bigger than that.”

By Farrah Fasse and Michael Hartt

Following the death of a student, North’s building crisis team immediately began working to support students through the process of grieving. Counselor Jennifer Sherman assisted in the process of creating a suitable environment for students that sought out extra mental health assistance.

The building crisis team decided to make room B-102 available to students who had been impacted by the incident so they could speak with the school’s mental health professionals in a cohesive environment.

Sherman said that B-102, which was open for the rest of the week, was an integral part of supporting students through the situation.

“I think these spaces were especially helpful to students because they allowed for students to come together,” Sherman said via email. “Some students needed to talk to a mental health person, some just needed some quiet space to calm down, and some needed a space to be with friends.  These spaces allowed students to have access to all these things and really whatever students needed to get through that moment or day.”

In addition to meeting with mental health professionals individually or in groups, students in B-102 did solitary activities like coloring and writing letters, which Sherman said gave them time to reflect.

Counselors also individually reached out to students who they thought would be especially impacted by the death, including students who had shared classes with the student.

Senior Emily Widgren had an American Legal Systems class with the student, and said that she felt very supported through the situation.

The following week, the mental health and building crisis team continued to allow students to come into the counseling center during classes to talk or reflect about what had happened. In addition, a mental health week was organized with a variety of activities meant to offer support to the students.

Some of the activities that were featured during the mental health week included sampling essential oils, spending time with emotional support dogs and exploring different resources regarding suicide prevention and mental health.

Psychology teacher Jennifer Weisbrodt believes that the activities and conversations during the week dedicated to mental health awareness helped not only to create outlets for students’ grief, but to also remove some of the stigma that surrounds talking about mental health.

“Truly, I think that it isn’t about just one activity — it’s about the dialogue that’s created through the activities,” Weisbrodt said. “It is about creating a culture when we normalize discussing mental health.”

Weisbrodt commends the administration on fostering open discussions for teachers regarding their struggles, both physically and mentally, and believes that a destigmatized approach to mental health is necessary for both the school and local community. She also urges students who are having mental health struggles or notice a friend having trouble to reach out to a trusted adult inside or outside of school.

Widgren agrees with Weisbrodt that the topic of mental health needs to avoid being seen as a taboo, and should be discussed more openly. Widgren also believes that teenagers face insurmountable pressure between schoolwork, extracurriculars and applying for colleges, which takes a massive toll on their mental health. She asserts that although a student may seem mentally sound from others around them, there are frequently problems under the surface that can go unnoticed by friends and family.

“There are things about Grosse Pointe that make me think that (mental health) is a really big thing here, and it’s not something that’s talked about,” Widgren said. “Around here, a lot of people grow up living in a house with very successful people and not having someone in the home all the time, because they are working. So, I think it’s situations like that in which problems in general arise, and they just aren’t talked about enough. Especially in places like Grosse Pointe, where people are always working, and everyone is always pushing you to do more and more.”