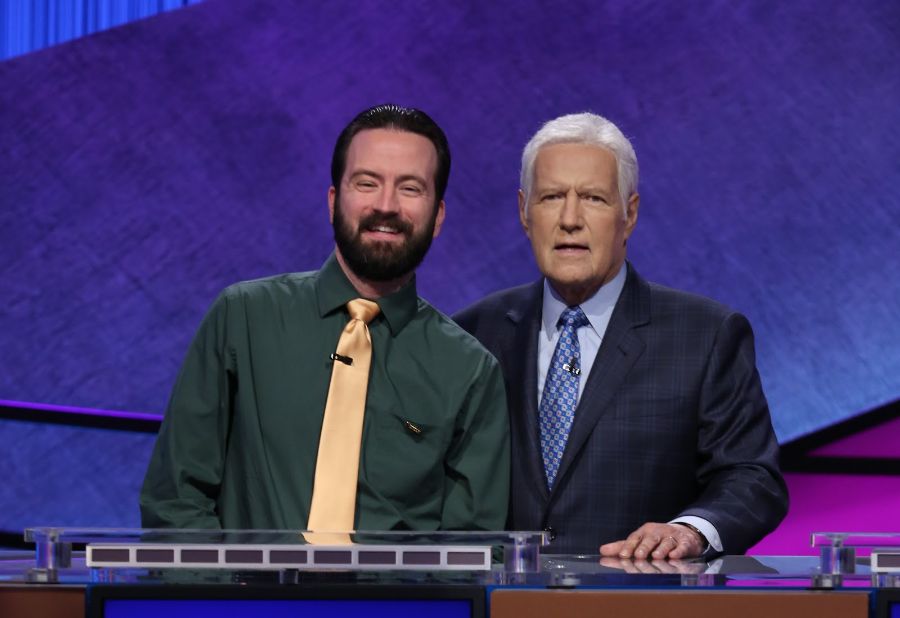 Choir Director, Ben Henri, made his “Jeopardy!” television debut, as a part of the show’s Teacher Tournament on May 28.

“Jeopardy!” is something that Henri watched growing up, and he said he has been imagining himself on the show for the past ten years. He says he has always been drawn to game shows, tabletop games, and trivia games. Henri often goes to pub trivia with friends, was on the Quiz Bowl team in high school, and currently coaches the North Quiz Bowl team.

“In a way, I’ve been preparing for years by doing something I really enjoy,” Henri said.

He was given the opportunity after he took an online test and later received an email for an in-person interview. The interview took place in Chicago, where Henri and dozens of other contestants completed a 50-question timed test as well as a model “Jeopardy!” game. The next step was an 18-month waiting period.

“I just happened to be lucky enough to get the call last January,” Henri said.

Henri was able to choose the first question of the competition. Of course, he chose a question from the category, “Choir Practice.” Henri won his round of the teachers tournament quarterfinals with a $23,678 total, and over a $14,000 lead, and is headed to the semi-finals this Wednesday, at 7:30 pm. He will be competing with two other qualifiers from the quarter-finals.

Of the many things Henri is grateful for from the experience, the friendships he has made are the most important, he says.

“Of the 15 of us, 13 are still in regular contact with one another,” Henri said. “We play trivia together each week, taking turns to be the host and write questions for everyone else.”

Henri says it was surreal to see the whole production put together, as well as seeing himself on television. He was able to have a virtual watch party with his family and friends, which he says made the moment even more special. He is immensely grateful for the supportive text and Facebook messages he has received, and wishes he had a better way to show his appreciation for all of the people supporting him.

“I hope this half-hour provided some relief for the community during this difficult pandemic,” Henri said.