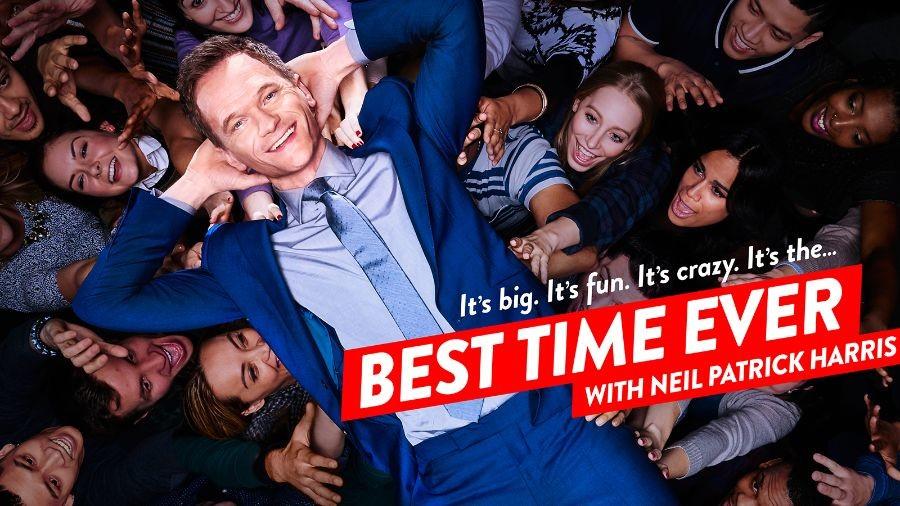 Formerly known for his role as Barney Stinson in How I Met Your Mother, Neil Patrick Harris has become the host of his own “legendary” live talk show, Best Time Ever. He hosts this live variety show along with co-host Nicole Scherzinger.

Best Time Ever has been deemed an After Show show. Each week, the duo invites a guest celebrity announcer to participate in different activities in the show. During the premiere, Reese Witherspoon took on this job and competed against Neil in an American Ninja Warrior climbing challenge.

It includes a younger Neil Patrick Harris doppleganger who helps host and a crazy amount of guest and at-home viewer interaction.

Every episode Harris and Scherzinger arrange for a set of people to be punked by their family. During the premiere, Harris revealed that he had actually punked a newlywed couple by photo bombing every big event they had attended over the past year, including everything from a basketball game to their wedding. Harris makes these pranks a big production, including celebrities, music videos and other popular TV shows throughout the prank.

It’s a funny and exciting twist of events when Harris pulls a “random” family from the audience.

The show also consists of numerous games that change between episodes. While the games can be crazy and quite messy, they are entertaining at the same time.

“Sing-along Live” is where viewers at home participate in a karaoke game, sung to a live song by artists like Cee Lo Green and Gloria Gaynor. The idea of there being a Skype camera in the viewer’s house so thousands of people are looking into their living room can be creepy, but at-home interaction adds an element of humor and engages the viewers. This doubles as a game and a mini concert for viewers.

Harris’s antics help drive the show. One skit he does is called “Voices in your head,” where Harris tells celebrities what to say and how to act during an interview.

Harris also disguised himself as a Ausitial host named Jurgen Vollmer during the premiere and punked the starts of The Voice. Vollmer even auditioned for the show but no chairs turned for him.

One downfall of the show is that it is very busy, but they have to fill the hour-long slot somehow. Longer and cleaner skits could easily solve this problem.

For it being Harris’s show, it lacks him. He doesn’t get a chance to show his talent in the comedy arena, and more than half the show is focused on the audience.

The title of the show is very promising, so hopefully Harris will continue to try and live up to it. The show is funny, entertaining and hectic, leaving the viewers anticipating what he will pull off during the next show.