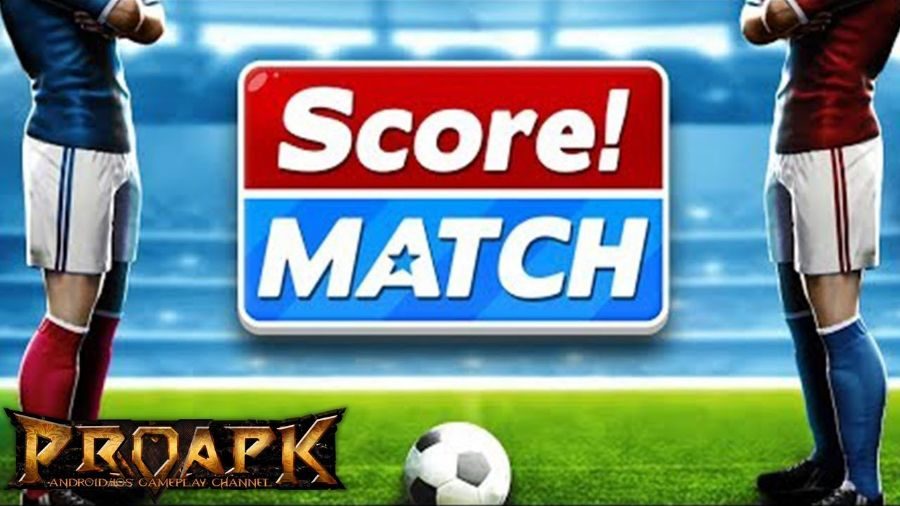 Utilizing all concertation and being a master of hand-eye coordination are traits that players must have in order to use the app “Score! Match.” This game is free and can be downloaded on Apple, Android, and Google Play.

“Score! Match.” is a soccer game where a team of players compete against another randomly generated player’s  team.

This is a first person game where the player has active control over the virtual soccer player on their team who has the ball. Other players, not controlled by the user of the app, run to try and assist the person with the ball to increase their odds of scoring.. Other players can tackle the ball away or intercept it from other players which is a big plus. This can sometimes be the deciding factor in a game to help players.

During each round, players wage an amount of their virtual money and can either win or lose big. If a player succeeds and wins their game, they earn cash, gems, and power up cards. All of these can be used to help improve an individual’s team. The incentive to keep playing is to build your team through the rewards that are given to the player.

While this game offers a lot, there is one stressful situation. The shootout between the two opposing teams is intense because it decides who goes big and wins, and who goes home in defeat. Each team gets three shots to successfully get the ball past the goalie and into the net.

Anyone up for a quick pace challenge should try “Score!Match.” It has a quick reaction time, while still allowing the player time to think out their next move.