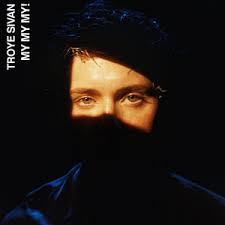 Former YouTuber and music sensation Troye Sivan released his new song “My My My!” on Jan. 10.

In the past, Sivan has created hit songs like “Wild” and “Youth.” Sivan’s songs are dream pop, which is a subgenre of alternative rock. His fans expected a lot from the pop icon, and he has exceeded the expectations. His new single was the top trending ballad on YouTube remained on the list for the rest of the week.

When the popstar dropped his new single and music video, people noticed that Sivan channeled the late Prince and Michael Jackson. Similar lyrical and visual elements are evident at the start of the “My My My!” music video where Sivan recreates a scene out of Jackson’s “Bad” music video, while rocking a black suit and battling gusts of wind.

Sivan’s song is about a relationship where two lovers cannot get over their love for one another. The artist describes how both lovers do anything to be next to each other and talks about them “running from love,” which emphasizes that they must stop lying to themselves and accept the deeply rooted infatuation between them. This is a reflection of Sivan’s warring introspections of his personal life and his relationship with his partner.

Some positive aspects of this song, is his distinct voice. Sivan is known for his powerful vocal, giving his music more of a raw and sensual feeling. This style of singing isn’t particularly enjoyed by everyone. However, for others,  it gives them a personal connection with the artist and makes it feel as if listeners are the lover he is singing about in the song.

No matter if Sivan’s singing style is your taste or not, his ability to reveal the immense emotion through lyrical meaning is something that should never go unnoticed. As a 22-year-old singing icon, he has managed to use his talents to provide harmony not only in his own life, but for other people as well and “My My My!” does just that.